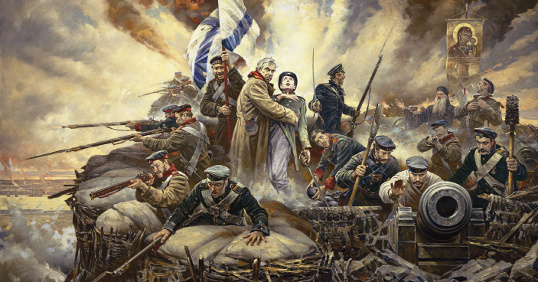 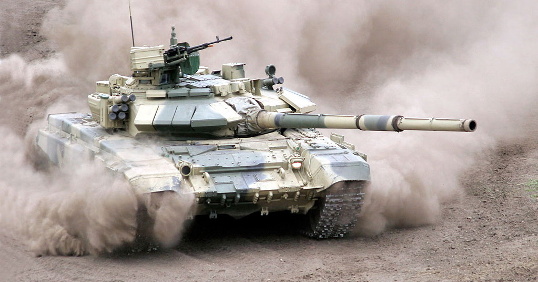 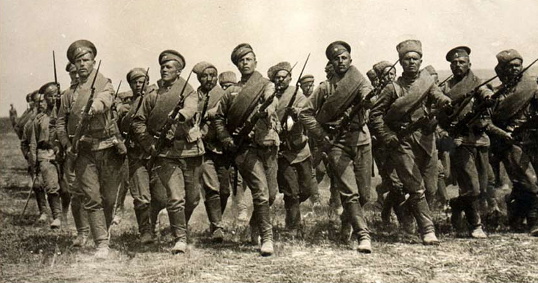 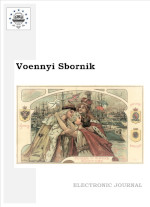 Abstract:
In the work there is a reconstruction of the biographies of the Peruvian Navy's “Republica” and “Alianza” torpedo-boats, built in the USA by Herreshoff's company. In total, there was build three units by the order of Peru, but the third unit remained in the USA, in the Herreshoff estate. There is a point of view in the literature that the third boat of this type was “Allay”, this is error – she was a destroyer purchased in England. The “Alianza” was deployed to Arica, where it conducted several unsuccessful attacks against the blocking squadron. During the fall of Arica, she made an attempt to break the blockade, but after being pursued she was forced to throw himself ashore in the Ito area. The sister-ship “Republica” remained in Callao and was also destroyed in Ancon. Thus, due to design defects and the complexity of operation, the boats did not manage to significantly influence the course of the war with Chile. However, they were able to hamper the actions of the Chilean fleet.

Abstract:
The paper provides an overview of the current state of the problem of creating a mathematical model of a muzzle-loading smooth-bore gun, which is necessary for the historical reconstruction of the ballistic parameters of this weapon. Due to the low accuracy of the initial data, characteristic of the historical documents of the 19th century, the high accuracy of the model and methods for its solution seems to be excessive. In 2012, a model was proposed in an adiabatic setting. Comparison of its results with those obtained by the model in a three-dimensional non-stationary setting showed a discrepancy of no more than 1.5 %. A series of numerical experiments was carried out to determine the air section coefficient in the sickle-shaped gap, which is characteristic of a smoothbore gun, but is absent in modern reference books. The dependence of this coefficient on the Reynolds number is obtained. Due to the rigidity of the problem accompanying the initial stage of ignition, the proposed model has problems with the stability of the solution. Apparently, this problem can be overcome by using integration methods with automatic step selection. As a result, the predicted accuracy of the model is about 10 %. The developed model was verified on modern samples and, in general, confirmed the declared accuracy. But the comparison with historical materials showed a discrepancy of almost an order of magnitude. This circumstance allows us to conclude that our understanding of the ballistics of medieval weapons needs correction, and possibly a significant revision. Most likely, it developed under the influence of incorrect interpolation of experimental data from the second half of the 19th century.

3. Andrey V. Mankov
Signalers for the Secret Soviet Robot Tanks Were Trained in the middle Volga Region (Ulyanovsk Military School of Communication on the Eve and during the War)

Abstract:
The author addresses the little-known page of World War II – the use of radio-controlled tanks. This was a consequence of the rapid development in the USSR of the unique direction of scientific thought – telemechanics. Telemechanics should be understood as "managing production processes and controlling them at a distance through communication channels." The process of creating radio-controlled equipment in our country began in 1927, when the Military Electrical Academy of the RKKA in Leningrad developed equipment that allowed the tank to operate at a distance. The official impetus for this work was given on January 10, 1930, when the commander of the Leningrad Military District, M.N. Tukhachevsky, made a report on the reorganization of the RKKA drug for maritime and military affairs K.E. Voroshilov. Specialists for these combat vehicles were trained in Ulyanovsk, where a military school of special equipment was established in May 1936. The formation of the school took place in a difficult pre-war time for the country. However, the troops of communication received a great development during these years. Thus, in the mid-1930s, Voronezh, Ordzhonikidzewska and Saratov School of Communication were established in the USSR. In March 1937, the Ulyanovsk Military School of Communications was converted into a military-technical school to train telemechanics specialists. The author uses the memories of graduates of this pre-war school, trained to control the first Soviet combat robots, namely teletanks.

Abstract:
The information on the transfer of the former boat of the Dnieper military flotilla KT-902 to Izhevsk is analyzed. The vessel was mobilized in 1943 at the Kotlaslesosplav trust, and during the war served in the Volga and then in the Dnieper military flotillas. According to the documents of the Dnieper flotilla, in 1949 it was transferred to the Izhevsk’s DOSAAF. The documentation of the Central Statistical Office for Water Transport of the Udmurt ASSR does not confirm this information. An analysis of the ships that appeared in 1948 at the Office of Small Rivers under the Council of Ministers of the Udmurt ASSR admits the possibility of the appearance of a former mobilized boat. There are at least two boats with an engine power of 50 HP, like the KT-902, “Pioner” (Izhevsk operational office) and “Kashirets” (Sarapul operational office), operational information on which shows that they are intensively worked for the previous owners. Another vessel, cutter “Osvod” from the Sarapul and later Votkinsk operational office, was apparently also mobilized earlier, as indicated by the presence of an armored cabin. But in general, within the framework of available sources, it is still impossible to make a reasoned conclusion about the further fate of the boat transferred from the Dnieper flotilla.

5. Konstantin V. Taran
The Military Operations on the Sochi and Lazarev Directions (August 1942)

Abstract:
This article examines the attempt of the command of Army Group "A" by the forces of EK 44 in August 1942 to overcome the resistance of the Soviet troops of the North Caucasian front (NCF) (18 A), cross the passes of the Main Caucasian Ridge (Tuba, Khokuch, Azishsky, Belorechensky) and reach the Black Sea coast in the Lazarevskoye region – Sochi. Having failed in the Sochi and Lazarev directions, in the last days of August 1942, an unsuccessful attempt was made by the troops of the Third Reich – reinforced 101 units to leave the Tuapse direction to the Black sea. As materials there were used the archival documents from the Central Archive of the Ministry of Defense of the Russian Federation, the memoirs of Soviet and German military leaders, as well as collections of archival documents, studies of Soviet and Russian authors. The author comes to the conclusion that despite the difficult operational situation for the Soviet troops, which were retreating with battles along the entire front, the command of the NCF forces 18 A was able to organize the defense of the northern spurs and passes of the Main Caucasian Ridge on the Sochi, Lazarev and Tuapse directions and not miss Wehrmacht troops on the Black sea coast.